***** CHARLEBOIS POST ARTICLE
Letitia Brookes on SINGLE BLACK FEMALE (Montreal FRINGE) and redefining the image of black women.
Interview on CBC Radio's ALL IN A WEEKEND with Sonali Karnick 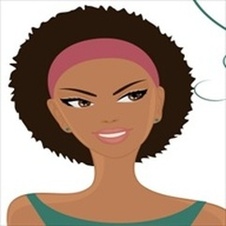 Single Black Female is a two-woman show of comic vignettes that explore the lives of African American middle class women as they search for love, clothes and dignity in a world that fails to recognize them amongst a parade of stereotypical images. SBF 1, a professor, and SBF 2, a lawyer, keep each other balanced as they face their fears of rejection, hopes for romance and reminisce about their childhoods.


Nominated for the Segal Centre Most Promising Ensemble Award